In October, 2011, I ran the Corpus Christi Harbor Half Marathon and placed 2nd in my age division with a time of 2:02. My father was diagnosed with Stage 4 lung cancer the very next day after the race. Running helped me cope with the stress and I continued to run through the end of that year.

I became my father’s caregiver, relocating him to McAllen so that I could be directly involved in his health care. I continued training for marathons while my father was undergoing treatment for terminal lung cancer. During this time, I started experiencing health issues myself with symptoms that I knew were not normal. I was always good about receiving my annual checkup but I put off visiting a doctor because I put my father ahead of everything and everyone. My father passed away on February 24, 2012. I had just visited my doctor that week and received a phone call indicating that they wanted to do more tests. Three weeks after my father’s death, I was diagnosed with invasive cervical cancer. It was the shock of my life! It was a reminder that cancer does not discriminate.

I continued running as a way to cope with the stress and sadness that I felt over the loss of my father and my diagnosis. April of 2012 was filled with work, children, running and grief. However, in May 2012, after participating in the Beach-to-Bay Relay, I took off time for a much bigger race: treatment and surgery.

Trying to resume running was and still is a challenge. Everyday I live with fear of a recurrence. My body does not feel the same. I have run a few small races since, but nothing at the level that I was in 2011. I know that I am blessed to have battled cancer and won. That in itself is the most important race and accomplishment in my life! When a friend of mine offered me an entry into the South Padre Island Half Marathon, I knew that this was what I needed to prove that I could do it again. For me, this race was about the run, enjoying the scenery and focusing on me!

Checkups and tests continue to show that I am still cancer-free. I am grateful to my amazing team of doctors at MD Anderson and to all my family and friends for the love and support that they have shown me.

Crossing the finish line at the end of the South Padre Island Marathon was an emotional experience. As I came into the final chute, I felt the excitement and a flood of emotions. I had tears of happiness and joy because I knew that I overcame a physical and emotional obstacle. After cancer, I doubted that I would ever run a half marathon again. I also had tears of sadness because I know that there are so many people out there that are fighting for their lives and would give anything to be able to live and run like there is no tomorrow.

Getting through the race was a mind game. There were times that I felt like the wind was pushing me back, but I kept telling myself that if cancer can’t hold me back, surely the wind would not do it. As I continued running, there were so many things that ran through my mind. I was thinking of my friends and family that always support me with their love, thoughts and prayers. After a while, I zoned out and my mind just focused on the beautiful scenery and all the people that were having fun. I took so many selfies along the course too!

For anyone that has had personal circumstances, which have made them think twice about running, all I can say is you won’t know until you try. Start off small and gauge yourself. You will be surprised with how the mind and body work against each other in the beginning. Soon enough, you will learn how the mind and body will work together as you build your strength and stamina. Pick a goal that is attainable. It could be something as simple as being able to run one minute without stopping. When you reach that goal, go bigger! Before you know it, you will be on your way. In the end, it doesn’t matter how fast you are. All that matters is you got out there and tried! 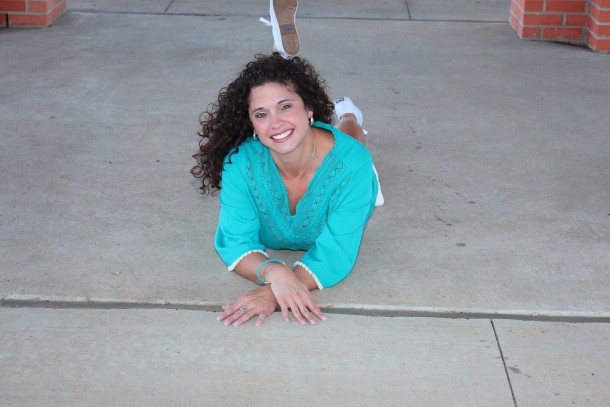 I found this quote from John Bingham, an American marathon runner: “We learn through running to take what the days give us, what our body will allow us, and what our will can tolerate.” This quote resonated with me as I resumed running again and all throughout this race. On the days where I feel myself struggling, I will always remember this quote and know that I can achieve anything.